It is hard to believe that another month has come and gone, and as I begin to prepare the next dividend income report I thought it might be useful to review the movers and shakers from my portfolio during the last month.

There is no doubt that October was a rough month in terms of the overall market, but by taking a closer look at the portfolio we can see what took the brunt of the decline–and might represent some good buying opportunities–while also looking for those positions that managed to be in the green. 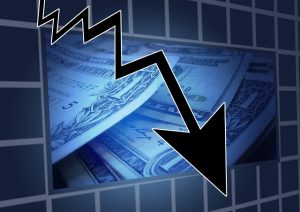 I don’t know about you, but I always like to start with the bad news–and while not that declining prices are necessarily bad news (remember to chill for best results) but there were plenty of positions in the red.

Out of the 47 positions currently in my dividend portfolio, there were 28 that were in the red.

Roughly 82% of the positions that were down for the month, their decline was in the mid-single digit loss as an overall percent loss. Overall that isn’t too bad given the volatility that we were seeing across the market, but what about the remaining 18% of the portfolio?

You may recall from my discussion about tracking portfolio performance that my spreadsheet will highlight any positions that have had a loss greater than 10% in a given month.

There were 5 such occurrences during October, including the following:

It is never fun to see so much red, particularly those losses in excess of 10%, but I am a firm believer in remaining true to your strategy in good markets and bad.

Speaking of good, were there any bright spots in October? 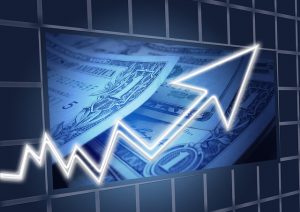 Overall, there were 19 positions in the portfolio that were in the green in October.

Unfortunately none of those 19 were able to break the threshold of 10%+ gains, and there were a handful that were less than one percent away from being in the loss category.

While there weren’t any stellar performers last month, the portfolio was led by the following:

It was nice seeing the positive movement from Cracker Barrel and Altria after I’ve added to those positions over the last couple of months. Verizon was on my watch list but it never made it to my price point before it began to move upwards.

When it comes to dividend growth investing, one really needs to have a long-term strategy and not be overly concerned with the day to day, or month to month, movement in the stock prices. As long as the dividends remain strong and consistent, declining prices can offer good opportunities to buy more and add fuel to the dividend FIRE.

With that said, I do think there is value to monitor the overall performance over time as you don’t want to keep your head stuck in the sand as you will miss clues that just might signal trouble ahead.

There is no doubt that the month of October was rough, and my overall net worth can attest to that, but by having that long-term perspective I am not concerned. On the contrary, I was able to add a significant amount of new capital into the market as I will highlight in the coming dividend income report.

We are now embarking on a new month and I’ve seen some rather strong earnings announcements, but the market has not been kind to all of those companies. There is no telling what November will bring, but I am confident that I will remain true to my strategy regardless.

How did your portfolio perform in October?